My Collection Part 13 - Zuzu Bailey's It's a Wonderful Life Cookbook

As part of my blog, I like to feature parts of my collection. It's a strange thing. It feels like bragging, but it's not....it's blog fodder.

Here I present my copy of Zuzu Bailey's It's a Wonderful Life Cookbook. It was written by Karolyn Grimes, who played Zuzu Bailey in the film. I bought a copy for myself and a copy for my mother when I met Karolyn at Borders in Cleveland in 1997. She signed both copies. That was the same trip/visit when I sat down with Karolyn and Chris and we had a fantastic chat over coffee. I've blogged about that visit many times before, but this is the book that brought it all together.

This book includes recipes with names based on people and scenes in the film, as well as a brief history of the film and some memories.

I am not going to review the book because I have not read it. Cookbooks don't lend themselves to easy reading. But here are some photos of my book, and my mother's:

Posted by It Happened One Christmas Revisited at 9:43 AM No comments:

In my movie reviews, I give my brief thoughts on what I watched. Sometimes I will expound on those thoughts, but more often than not, I will just give a brief opinion. You can read plot descriptions on Internet Movie Database or on Amazon.

This Adam Sandler comedy, starring the same familiar faces as you see in almost all of his other movies, is a remake of the Frank Capra classic Mr. Deeds Goes to Town, starring Gary Cooper and Jean Arthur.

Here is a scene from each so you can compare them:

The feel of the film is the same as the original. Babe Bennett still exists, and she is still up to her same lies. Many lines and scenes carry over. However, Mr. Deeds is full of the usual Adam Sandler jokes and off-color humor.

An interesting thing happens at the end of this film. There is a bridge in the background of one scene, that reminds the viewer of It's a Wonderful Life. A short time later, there is an ice rescue, similar to George Bailey saving his brother Harry. Deeds is even riding a bicycle like a child when this scene takes place.

It's worth watching for the purpose of comparison, but it's still not the original.

3 stars out of 5.
Posted by It Happened One Christmas Revisited at 9:30 AM No comments:

Welcome to Photo Friday. Here, I one or more photos related it to It's a Wonderful Life.

This week's Photo Friday features the bells that decorated the porch of my parents' home during Christmas, 2015. These photos were taken December 20, 2015. 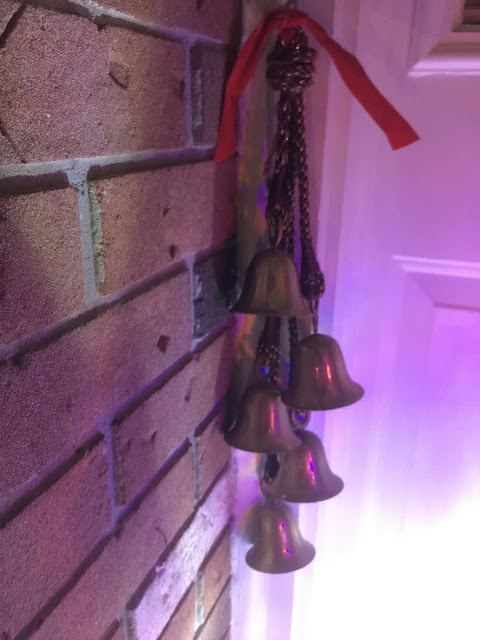 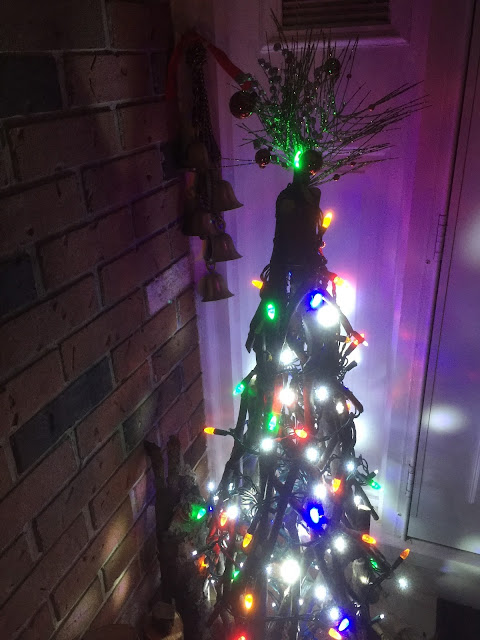 Posted by It Happened One Christmas Revisited at 8:51 AM No comments: