Two Cents Worth of Shoelaces

When a young George Bailey returns to work at Gower's Drug Store after saving his brother from the river, Mary and Violet vie for the his attention.

Violet wants to cents worth of shoelaces, but she doesn't even have to ask for them. Instead, George asks her if that is what she wants, and she confirms it. A relationship between an employee and a return customer that shops often and almost always buys the same things.

So the question is, what are shoelaces?

I can't count how many times people have said she purchases literal shoelaces...for your shoes. This, of course begs the question, how many possible pairs of shoelaces has she purchased that George automatically knows that is what she wants? That's not logical.

She isn't buying actual shoelaces. Instead, what she is purchasing are licorice shoelaces...candy. Like these, which my wife bought at a locally-owned store (ironically, a store called Ben Franklin, which according to the script, is the name of the main star/galaxy/solar system that decides to send Clarence to help George Bailey): 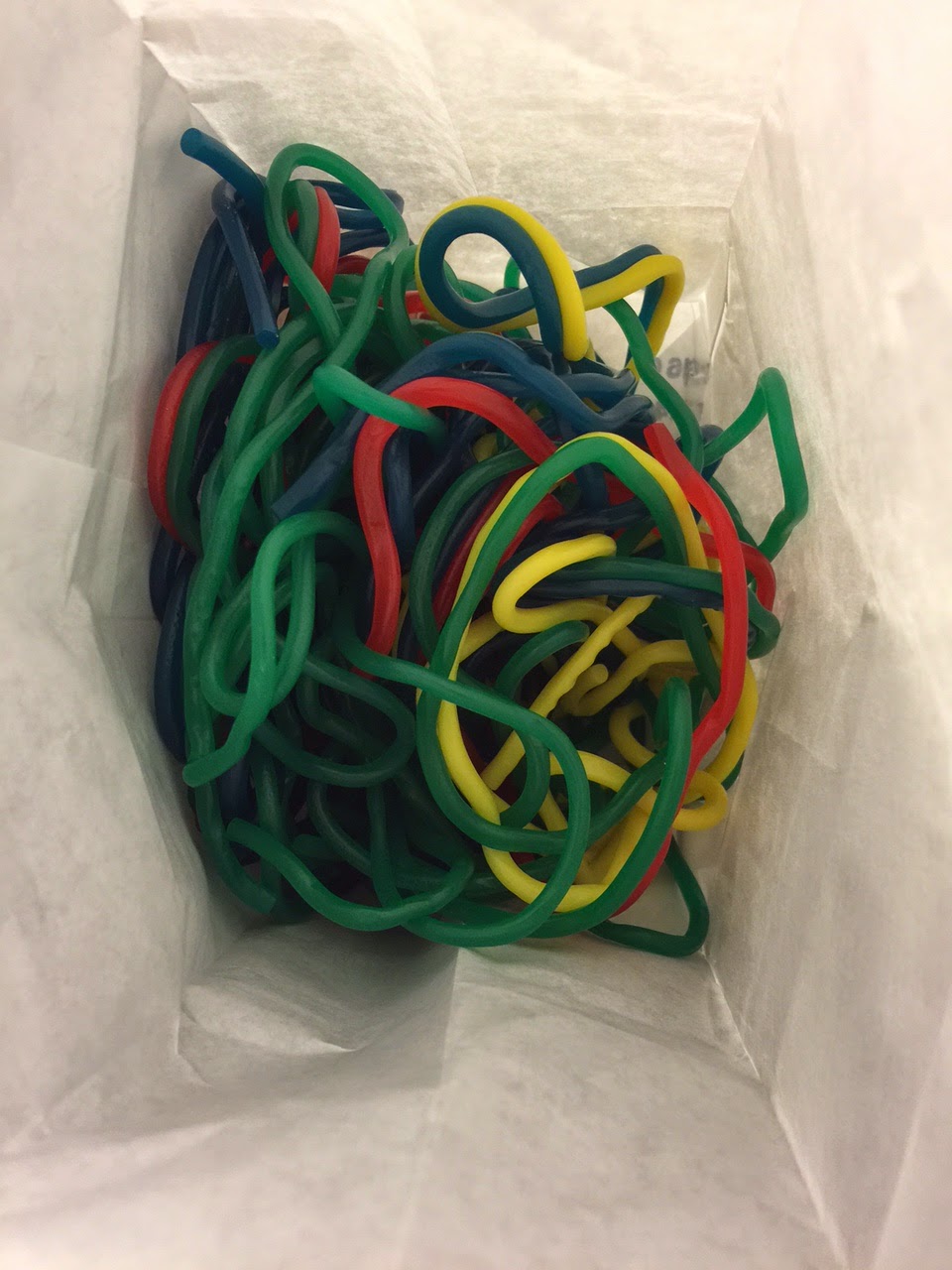 Before you eat them, you play with them, as my oldest son illustrates in these two photos below: 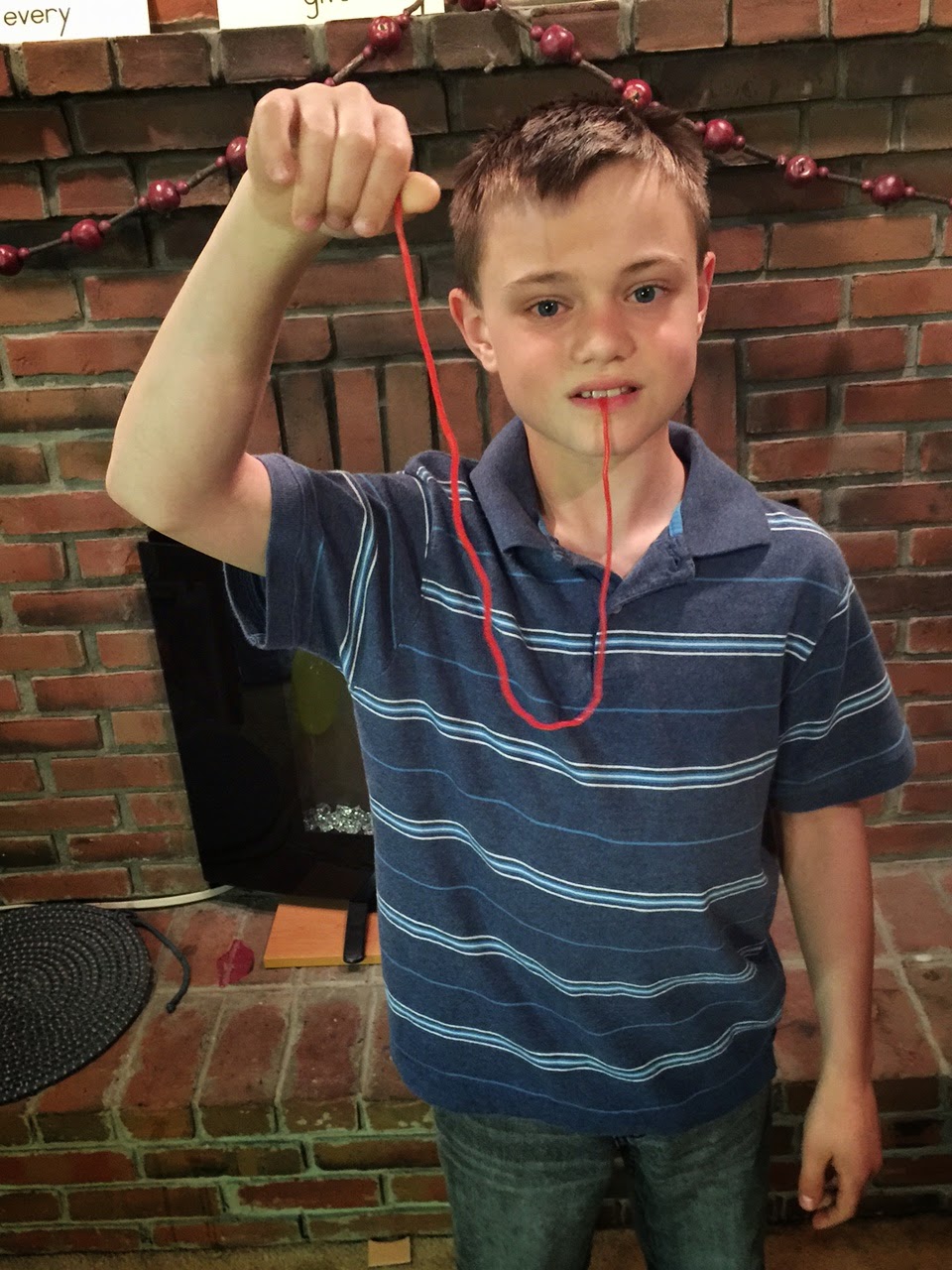 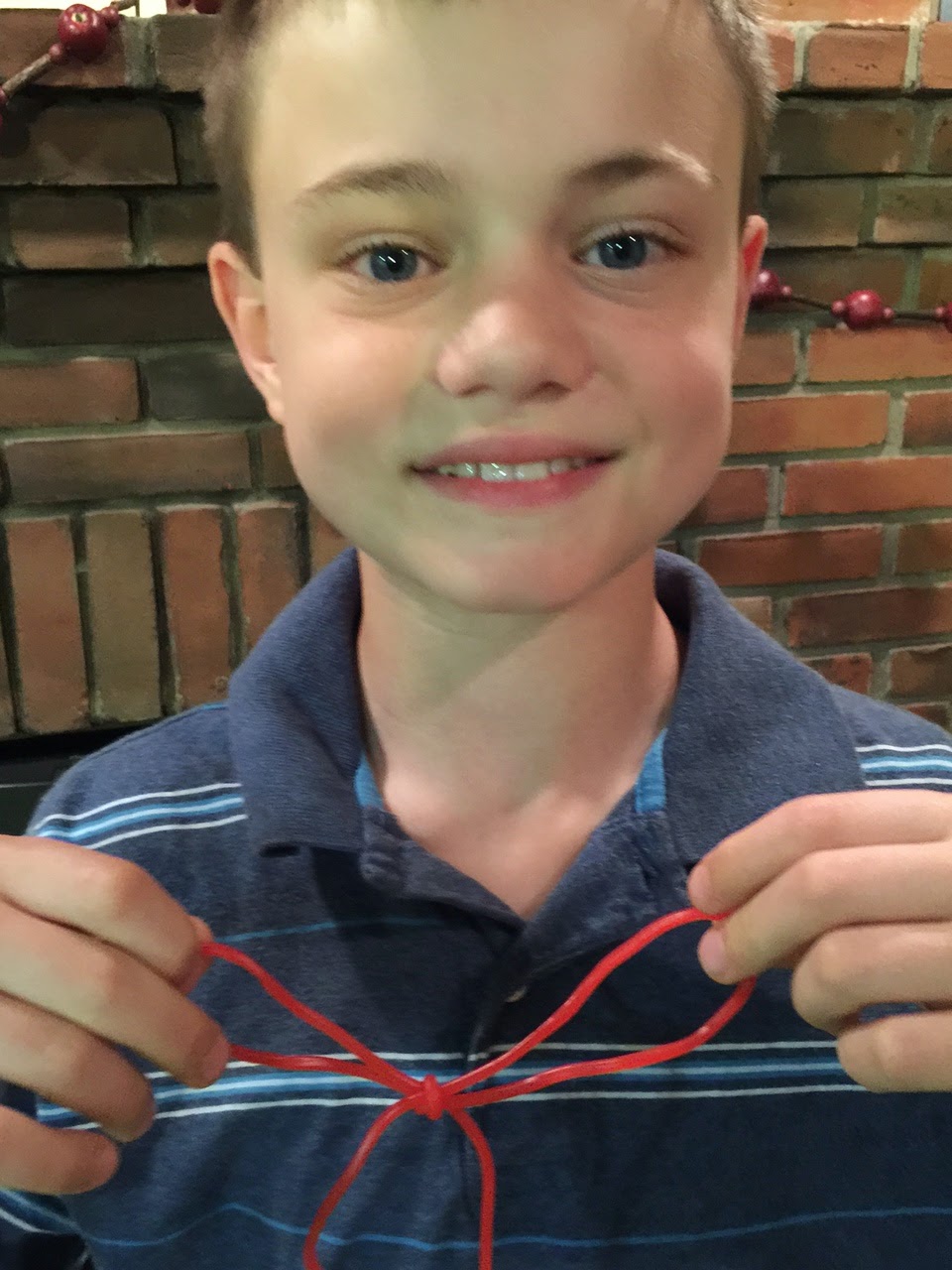 Posted by It Happened One Christmas Revisited at 11:34 AM