George knows that the most thrilling sounds in the world are "anchor chains, plane motors and train whistles." But after George and Uncle Billy pick up Harry and his surprise wife Ruth, those train whistles that can be heard from the train station only serve as reminders of George's dreams, which seem to continually slip away.

The side of the box reads, "A full day's schedule of trains arrive and depart from this busy little Bedford Falls station. And one day, the young dreamer, George Bailey, vows he'll be there to catch one and ride off to a life of untold adventure. Unfortunately for George, something always seems to stop him from catching his train and living his dream." 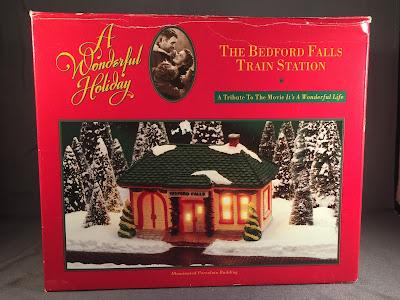 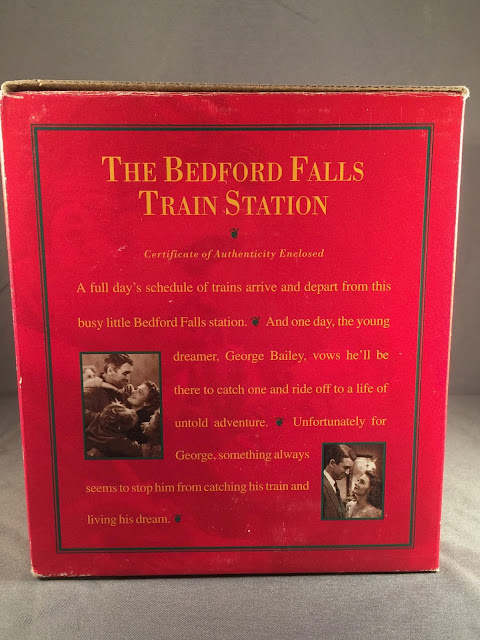 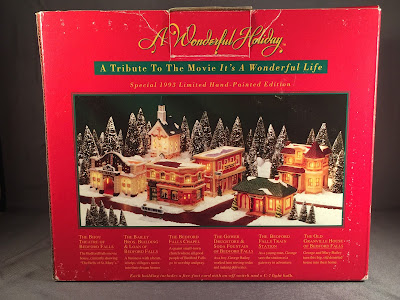 Posted by It Happened One Christmas Revisited at 12:00 AM