In my family, the scene shown above is one of the most commonly quoted segments of It's a Wonderful Life. In the scene, a young George Bailey and Mary Hatch talk about coconuts, Tahiti, the Fiji Islands, and the Coral Sea. For years, I have been trying to figure out which edition George shows Mary. On Feb. 12, 2016, I found out, and on Feb. 18, 2016, my own copy arrived in the mail. 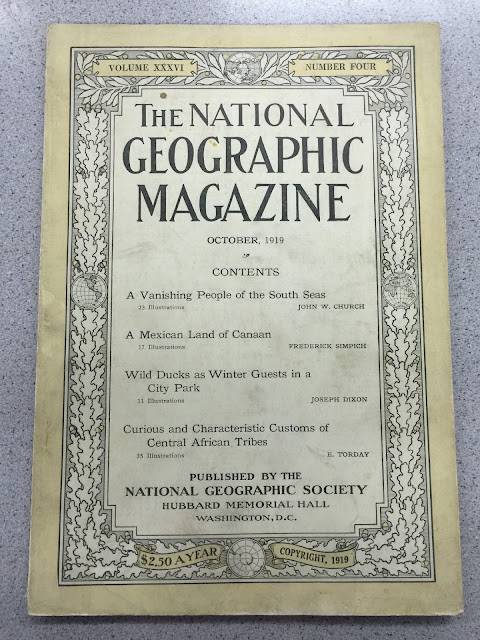 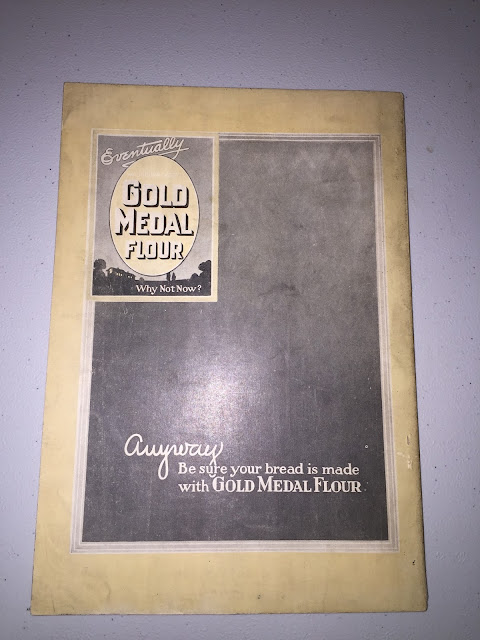 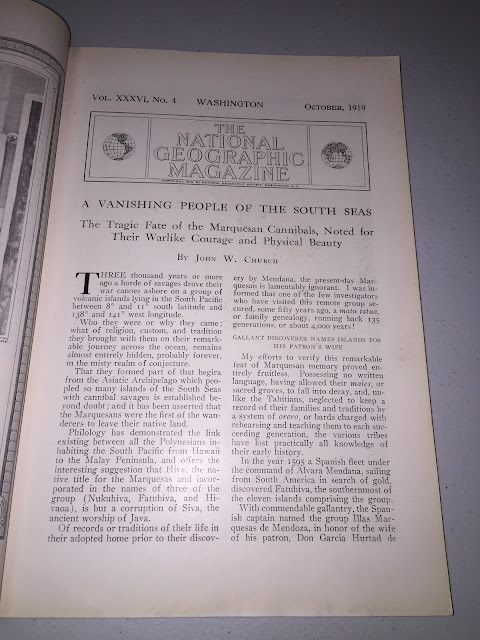 My knowledge came from a discussion with uber-collector Richard Goodson on Feb. 12. During that discussion through the Facebook messaging app, Goodson told me, "I have a friend who is a retired movie producer. He is a professor of film studies in Bloomington, IL, and he bought a crazy computer program that snaps 1000 pics a minute and then allows you to manipulate the photo."

Goodson then forwarded me his producer-friend's message to Goodson, which helped identify the October, 1919 issue as the correct issue. Goodson's producer friend wrote, "Well my friend, you are correct. It is the October 1919 issue. There are two tells even though the images are not clear on the front of the magazine. The first two stories begin with a single letter like "A" or "I." I went through 20 years of the magazine starting in the 1930s through 1946 which is when the movie was made and couldn't find a single one with a first single letter. The bigger confirmation is when he turns the magazine over. There is an ad for Gold Medal Flour. It is the exact same as the one in the film. When Mary gives the magazine back to him, you can see the ad clearly."

For me, this is not ultimate proof, because there is still a question of the single-letter articles from the time National Geographic was first published in October 1888 to whatever date the producer friend looked at into the 1930s. I would be more confident if he had checked through all of the issues from 1910 through 1946. But having said that, I'm glad I got this edition. And as the last photo above shows, there is an article about the South Seas.

If you are thinking about finding yourself a copy, please be aware that on the next page after the last photo above, there is nudity. There is actually a lot of nudity throughout this edition of the magazine, so be aware of that before you buy it.
Posted by It Happened One Christmas Revisited at 12:04 PM