I love the Simpsons cartoon because of its attention to pop culture. There is almost always a reference to a pop culture icon. For a while, there was even a Simpsons cartoon strip. I cut this one out of one of those strips that appeared in the Bowling Green Sentinel-Tribune on an unknown date.

Click on the cartoon to make it larger and easier to read. 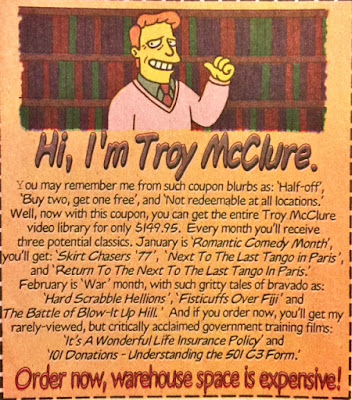 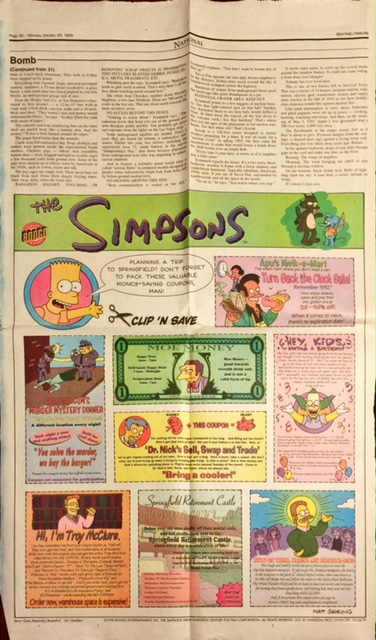 Posted by It Happened One Christmas Revisited at 10:06 AM