The Hearth Warmed Bakery of Bedford Falls appears in the background of the film. You don't see the front of this building. You can only see the sign that hangs off the front of the building, which simply reads "Bakery." In fact, all of the buildings released by Target appear in the film, except maybe the post office.

The side of the box of the Hearth Warmed Bakery says "In the early hours of the morning while the towns folk of Bedford Falls are still fast asleep, the bakers scurry around to finish their daily work. They know that when daylight breaks the smell of fresh baked goods will waft through the neighborhood luring the Bailey Family, along with many other residents, to their warm and cozy bakery. 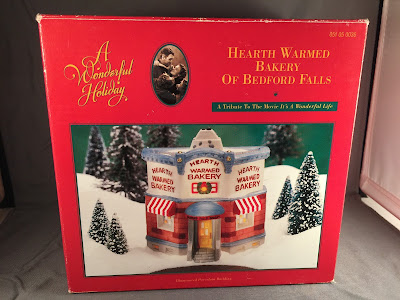 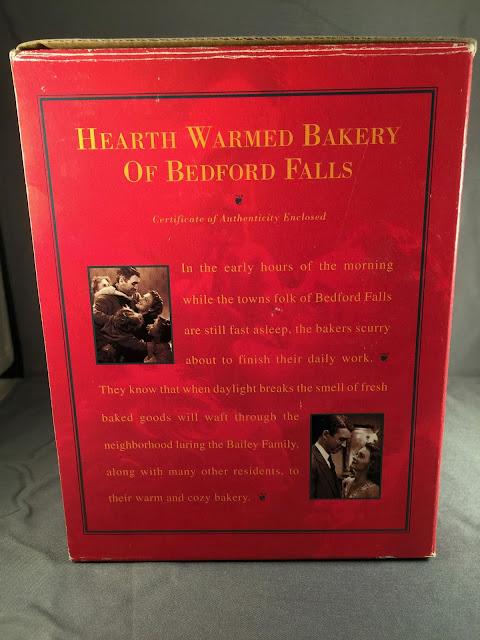 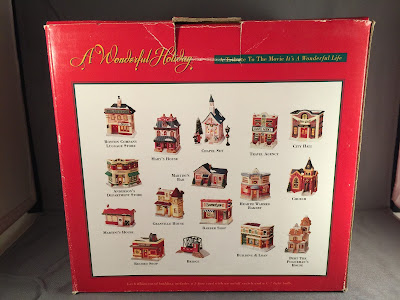 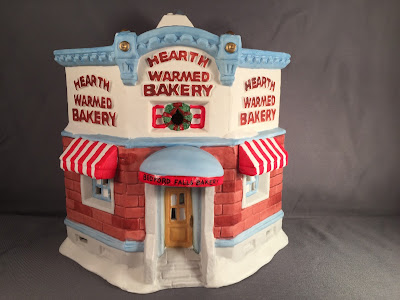 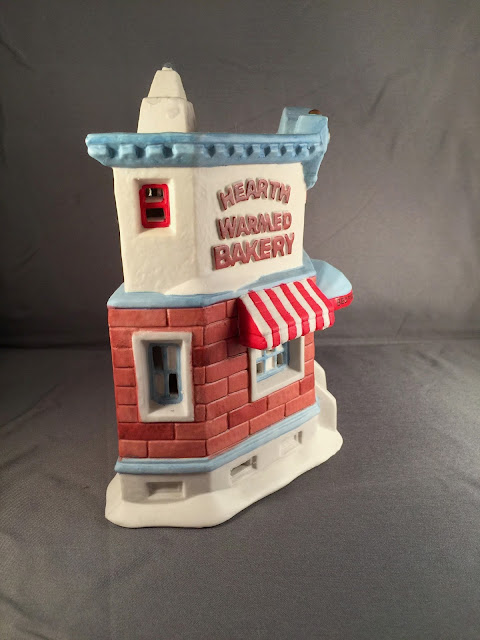 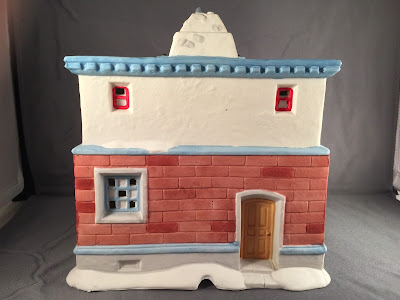 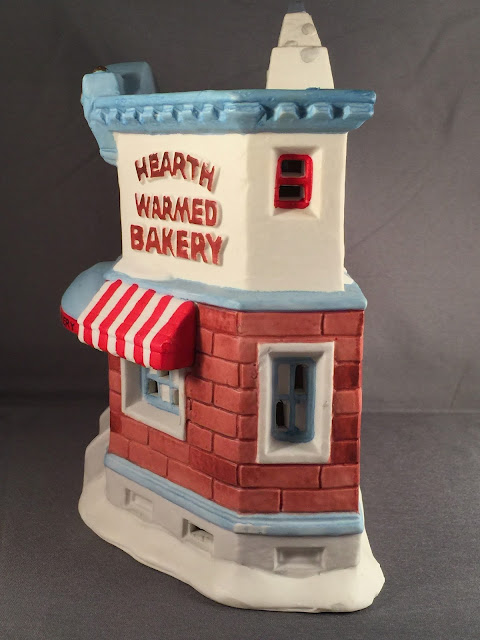 Posted by It Happened One Christmas Revisited at 9:41 AM