This is where Uncle Billy loses the $8,000 which sends George Bailey into a tailspin and Heaven and the townspeople into action. The front right window is Potter's office.

The box reads: "One of the world's most beloved Christmas movies, 'It's a Wonderful Life' is the heart-warming story of George Bailey, a man who is rescued from the brink of despair by his guardian angel. Now this 1946 classic comes to life in a collectible limited-edition village that is sure to become a classic of its own."

The side of the box describing the Trust and Savings reads: "The town bank is owned and operated by the wealthy and powerful Mr. Potter. If he had is way he'd like to grow his little  financial empire to include the whole of Bedford Falls, including the Bailey Bros. Building & Loan." 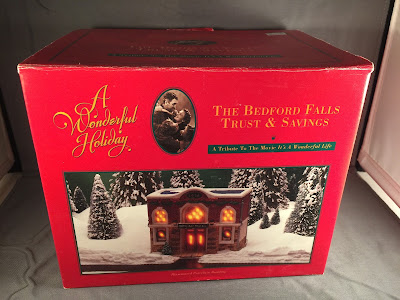 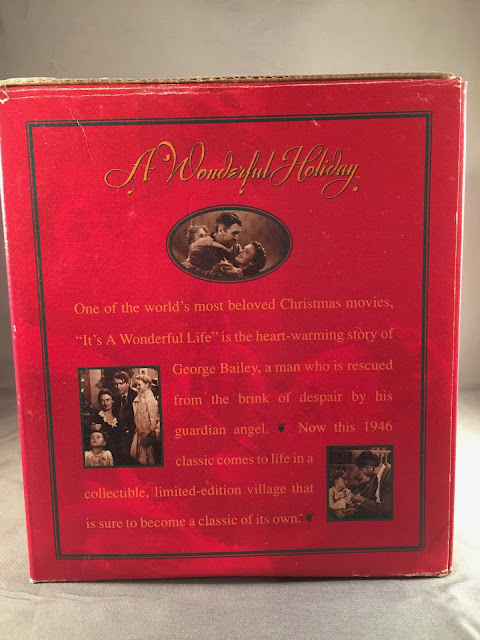 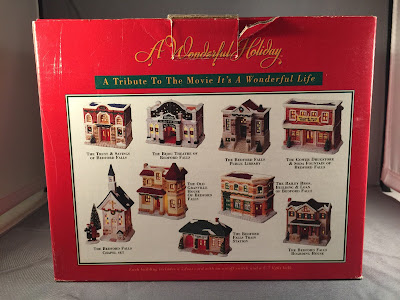 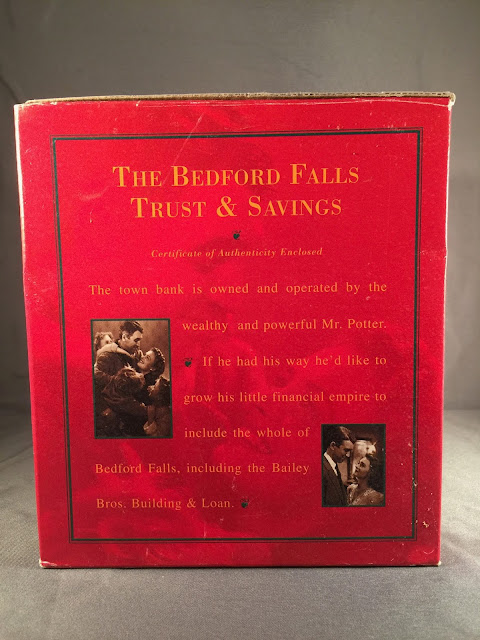 Posted by It Happened One Christmas Revisited at 8:48 AM