This is the home where possibly the most shocking and misunderstood line of the film was spoken by Mary Bailey, "He's making violent love to me mother!" Mary's mother wasn't very okay with George. She was too enamored with Sam and his money.

The side of the box reads, "Before Mary Hatch married George Bailey and moved into the Old Granville Place, Mary lived with her mother in a quiet corner of Bedford Falls. In this quaint little dwelling that always smelled of pine needles, Mary tries to woo George's affections with the strains of "Buffalo Gals" on the Victrola and her own special cartoon sketch of George lassoing the moon." 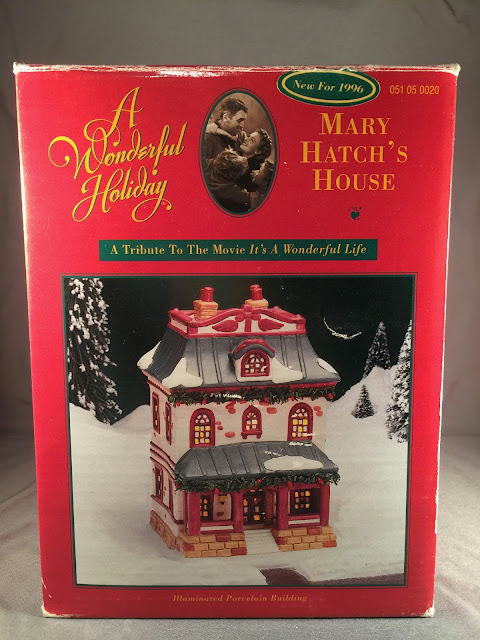 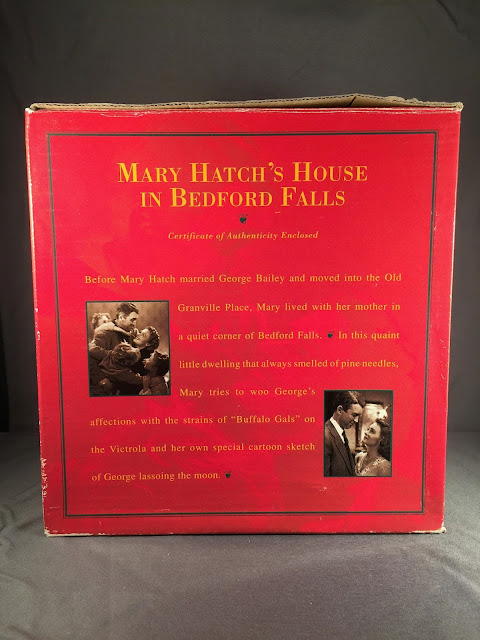 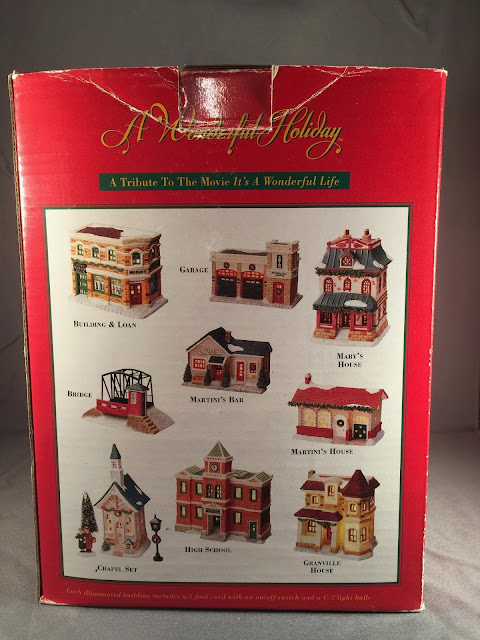 Posted by It Happened One Christmas Revisited at 9:15 AM