I can't say for sure if I have ever seen the Bedford Falls Sentinel news building in the background of the film, but I know we have all seen its product. The newspaper, combined with pride, are the two ingredients that get Uncle Billy and George in a heap of financial trouble. Additionally, a reporter and a photographer are waiting for George when he returns from the Pottersville sequence.

The side of the box reads, "The proud daily newspaper of Bedford Falls and the greater Bedford County region, the Sentinel has covered the comings and goings of all Bedford Falls for more than a century. This stately building proclaims the newspaper's importance to the whole community. The banner headline of the Sentinel on Christmas Eve shouts 'President Decorates Harry Bailey' in honor of Harry's return as a war hero." 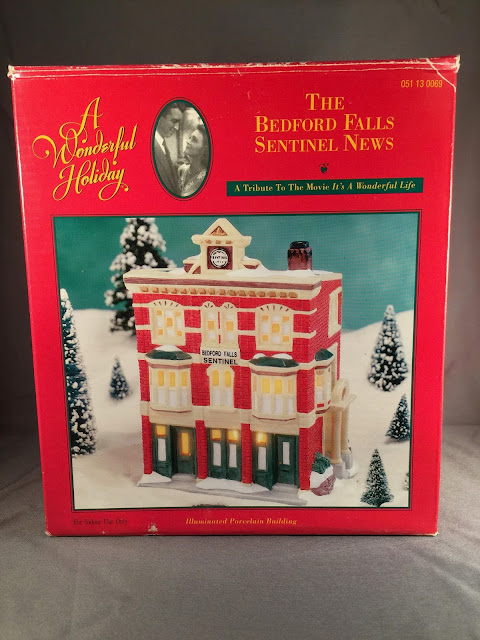 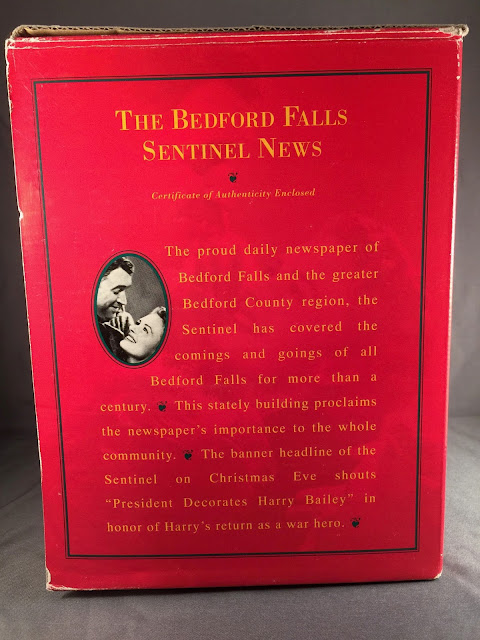 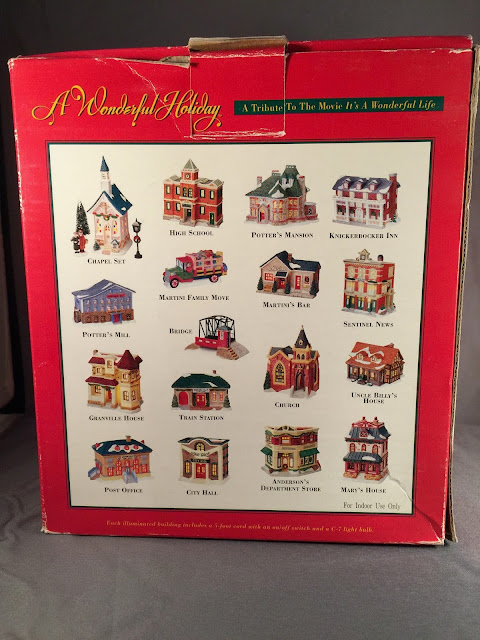 Posted by It Happened One Christmas Revisited at 8:52 AM