Uncle Billy's house is where we watch Uncle Billy break down after he looks all over for the missing $8,000. He tells us that he has looked in every room, "even rooms that have been locked since I lost Laura." Laura, Billy's wife was a character in early versions of the script, but it was later decided to make Uncle Billy a widower.

The side of the box reads, "This match stick cottage built in the late 19th century is where Uncle Billy Bailey lives with his pet crow, squirrel, and a menagerie of other pets. The town eccentric, Uncle Billy's place almost seems enchanted. Inside, clutter fills every room, but still the friendliest house in town. 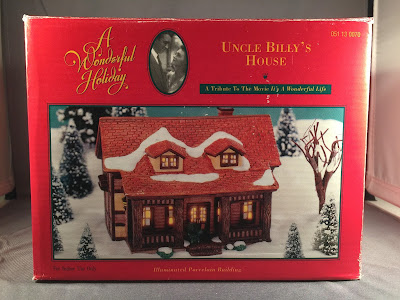 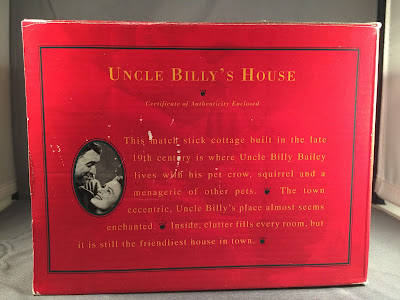 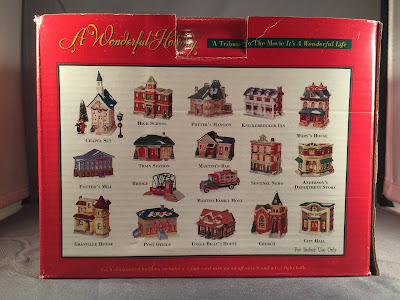 Posted by It Happened One Christmas Revisited at 9:23 AM