City Hall can be seen in the background during the Christmas Eve scene. When Uncle Billy is on his way to deposit the money at the bank, he passes in front of City Hall, which is being prepared for Harry's homecoming.

The side of the box reads, "A grand building in the center of Bedford Falls, City Hall has many meanings for the townsfolk. For some it brings joyful memories - those who were married there. For others it was just a place to take care of official business. None the less it stands straigth and strong as a symbol of strength in the Bedford Falls community." 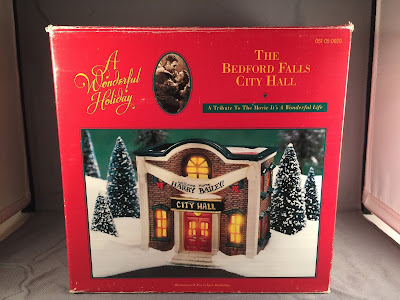 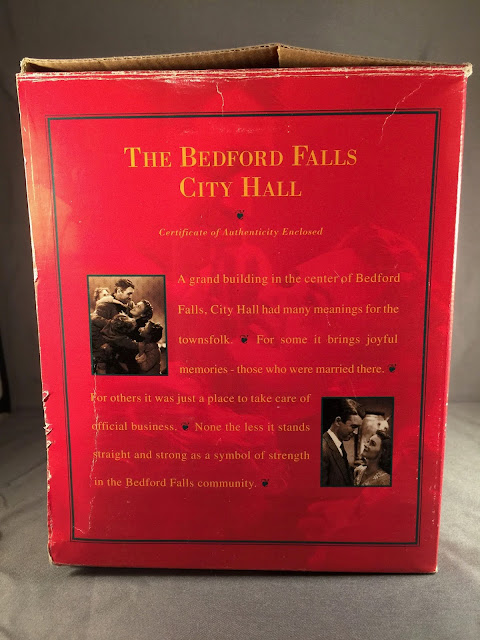 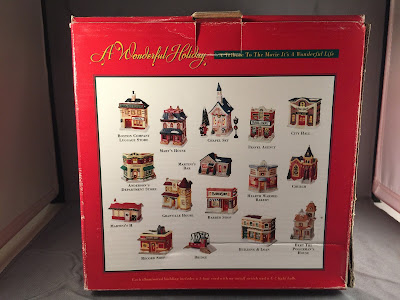 Posted by It Happened One Christmas Revisited at 12:01 AM